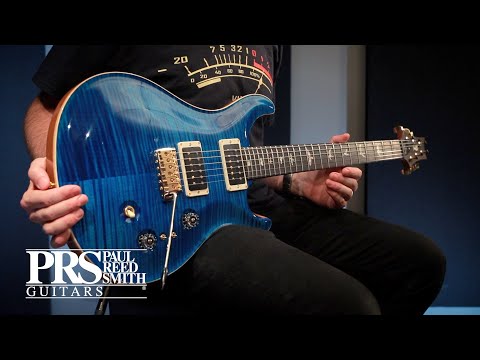 Guitarists everywhere owe a debt to Paul Reed Smith and his “Custom”-model guitars of the 1980s. Like the Strat and Les Paul before it, the 24-fret Custom’s flawless double-cut design and effortless playability have given rise to entire generations of players and genres of music. To commemorate 35 years of these exquisite handcrafted instruments, Paul and PRS have released a 35th Anniversary edition of the guitar that helped make PRS a household name. The 35th Anniversary Custom 24 brings TCI ear-tuning and mini coil-split toggles to the past-meets-present 85/15 humbucking pickup voicing, along with a fleet of nitro-over-cellulose finish options — derived from the Private Stock lineup — to complement the carved maple tops and richly figured mahogany backs in new and exciting ways. Fans of the classic Custom 24 will be pleased as punch with the 35th Anniversary’s 25″-scale Pattern Regular neck profile and Birds-inlaid rosewood fingerboard. And players of all stripes will revel in its faux-boned Phase III locking tuners, Gen III floating tremolo, and fingerboard-matching rosewood headstock veneer with inlaid Small Eagle truss rod cover.

High-gloss nitro over a cellulose CAB basecoat gives the 35th Anniversary Custom 24 a finish that’s thin, durable, and crystal clear — the perfect formula for vintage feel and superior resonance. If this recipe sounds familiar, it’s what PRS has been using on its Private Stock models for years.

A tried-and-true combination of warm mahogany and figured maple is the key to the 35th Anniversary Custom 24’s rich tone and sustain. The mahogany body offers natural tonal warmth, which is complemented perfectly by the brighter tone of its beautifully carved maple top.

The 35th Anniversary Custom 24’s Pattern Regular neck shape is similar to necks found on Paul’s Virginia Ave. guitars of the late-1980s. The Pattern Regular neck carve is a nice balance between fat ’50s-style necks and the thin necks that became popular in the early ’60s. It’s ideal for players who alternate between thumb-over fretting techniques and classical left-hand positioning, pivoting with their thumb on the back of the neck.

Paul retooled his original 1985 pickups to bring the sweet harmonics and chunky warmth of this classic design to your 35th Anniversary Custom 24 — but with modern output and articulation for today’s players and gear. Each set of pickups has been ear-tuned to perfection by Paul and his team, a process known as Tuned Capacitance and Inductance (TCI). The end result is a very musical pickup that’s true to its lineage, but updated for the modern player. Along with an intuitive 3-way blade, you get mini coil-tap switches to unlock classic single-coil spank and chime at each position with no perceived loss of output.

“[We’ve] used the TCI process to fine-tune every model to sound exactly as we want it to. To our ears, the results are very musical.” — Paul Reed Smith on the 35th Anniversary Custom 24’s TCI-tuned 85/15 pickups

The 35th Anniversary Custom 24’s patented Gen III tremolo system blurs the line between a traditional vibrato bridge and a hardtail. From the radiusing of its bridge plate grooves to the added mass/diameter of its mounting screws, this machined brass bridge has been designed for maximum tonal transfer between the hardware and woods. The result is a great tone and high tuning performance, even for palm mutes and dives. Individually adjustable saddles that are held in by sidewalls to eliminate side-to-side motion further maximize intonation and tuning stability.

On a guitar with a vibrato tailpiece, your tuners have got to perform reliably. PRS Phase III locking tuners are an elegant design with smooth, high-tolerance pegs, large buttons, an open back, and closed housing. Re-stringing is easy, as the locking tuners clip the string end for you, so you’ll spend much less time tuning up and more time playing. Faux-bone tuning buttons add a touch of class to this inimitable instrument. Take it from PRS users at Sweetwater: whether you’re a collector or a longtime PRS fan, the PRS 35th Anniversary Custom 24 from Sweetwater is one guitar you don’t want to pass up. 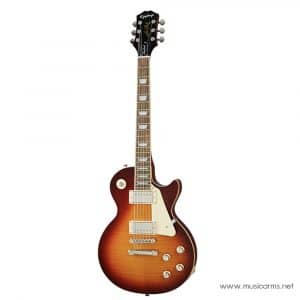 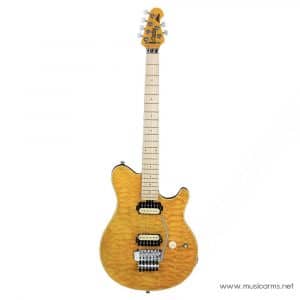 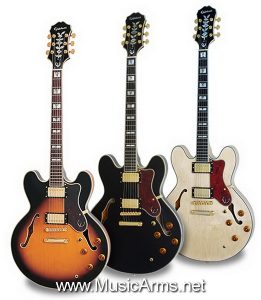