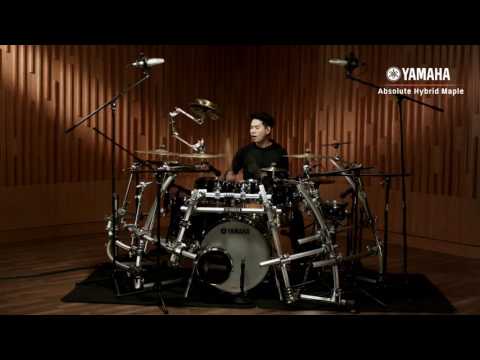 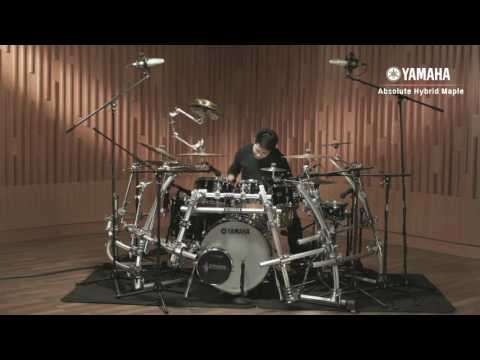 When they set about designing the Absolute Hybrid Maple, Yamaha started with the most important aspect of a musical instrument, the sound. From a whisper to a thunder, a drum should respond to the drummer’s touch, allowing them to express their every emotion. It should feel good to play, it should be a thing of beauty to the eye, and has to withstand the rigors of years of performance.

Developed over three years with the collaboration of their roster of artists from virtually every genre, the Absolute Hybrid Series inherits the hybrid shell technology found on Yamaha’s flagship PHX Series. On Absolute Hybrid shells, the design consists of a core ply of wenge a very hard and heavy wood native to Africa, sandwiched between plies of maple, well known for its clear tone. This hybrid design delivers a drum tone that plays rich and clear across the full dynamic range, from pianissimo to fortissimo.

The bearing edge angle on the bass drum differs from the angle used on the tom and snare shells to optimize tonal balance in the drum set. A 45º/R1.5 edge is used on the snare and toms for a balanced tone; while a 30º/ R1.5 edge on the bass drum shell brings out more low-end tone for a deeper, more powerful sound.

The vent hole plays an important role in performance, since it affects not only the sensation of hitting the drum (the impact) but also the initial sound, sustain and tone. Through an exhaustive series of prototypes, Yamaha has discovered the optimal number and vent hole position depending on the air capacity of each shell. Particularly, vent holes contribute to the enhancement of tone colors in midrange to low-frequency sounds, as well as the control of sustain.

The hardware on Absolute Hybrid Maple drums was given similar consideration. Hook lugs offer quick and easy head replacement, precise tuning, and can readily handle high-tension, while lug bases are designed with a small footprint to maximize tone output from the hybrid shell. Aluminum die-cast hoops deliver a strong tight sound with an extraordinary attack and decay. 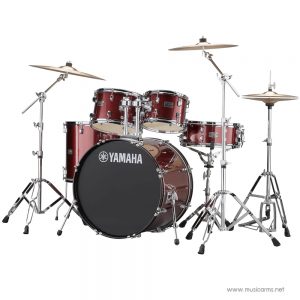 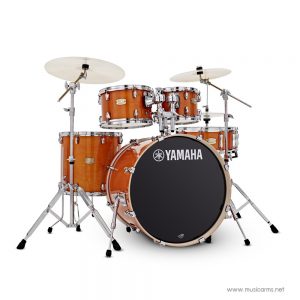 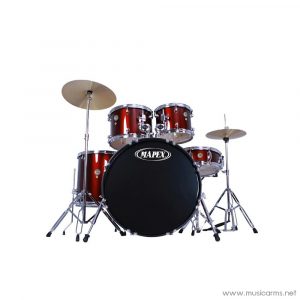 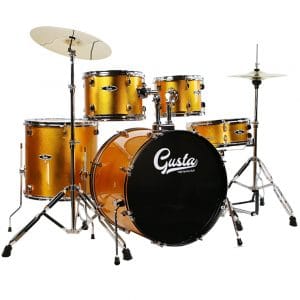 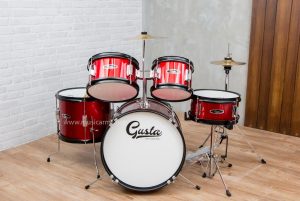