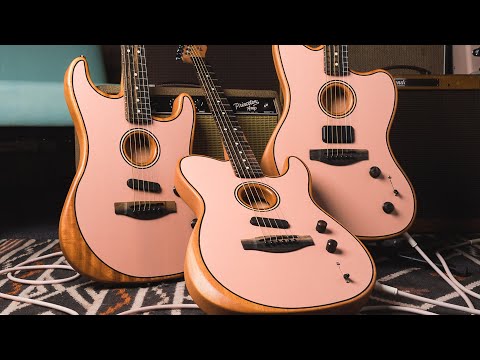 A year after launching their successful Acoustasonic Telecaster, Fender unveiled an S-shaped version of its popular acoustic/electric hybrid design — the American Acoustasonic Stratocaster. Very much in-keeping with the original formula, the Acoustasonic Strat does however boast a slightly different control layout and now features 10 built-in voices rather than the 5 found in its Telecaster counterpart — including 3 electric sounds instead of just 1!

Still powered by the same revolutionary Fender and Fishman-designed acoustic engine, this hybrid instrument allows you to seamlessly change from convincing acoustic sounds to plugged-in electric tones; completely on-the-fly. Fundamentally, the Acoustasonic Strat is designed to give electric guitarists a familiar and playable feel, yet projects extremely convincing acoustic sounds along with tones that you’d expect from a standard Strat.

The most striking aesthetic feature of the Fender Acoustasonic Strat is its soundhole, placed at the centre of the body. Whereas other acoustic/electric hybrids seen before have tended to stay closer to the latter from an aesthetic standpoint, the Acoustasonic Strat, however, embraces more of a conventional acoustic construction.

With a full hollow body crafted from Mahogany, you can expect rich lows and a bell-like mid-range. Using Fender’s ‘Stringed Instrument Resonance System’ (SIRS) and innovative ‘Transverse’ bracing, this design helps the Acoustasonic Stratocaster to achieve the response and harmonic breadth of a typical acoustic guitar, where you can feel the vibrations resonating through your body. 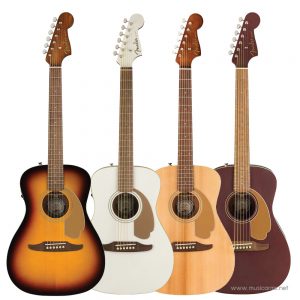 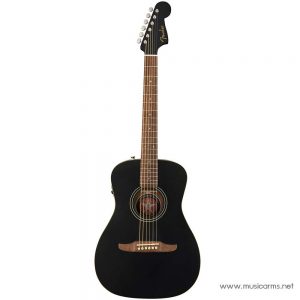 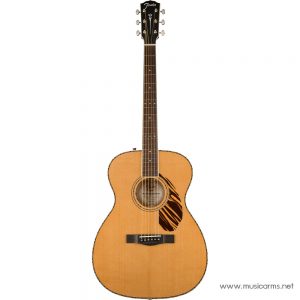 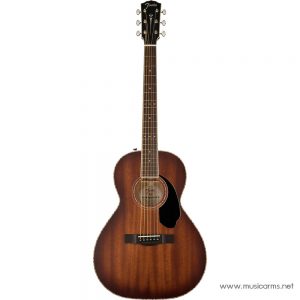 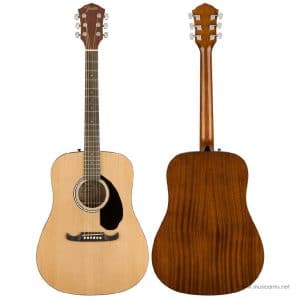 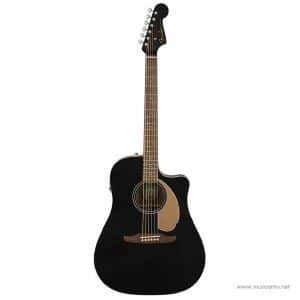