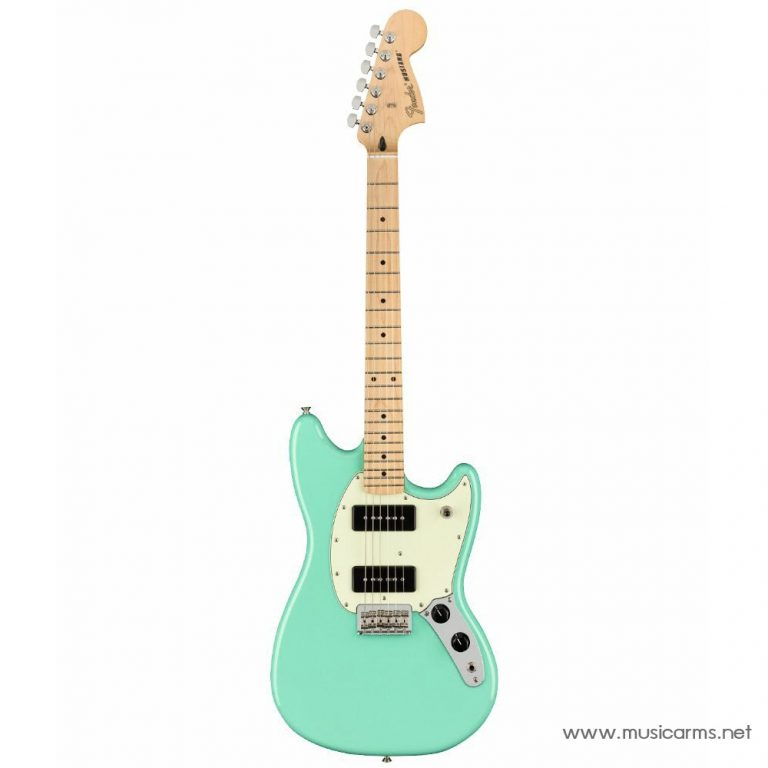 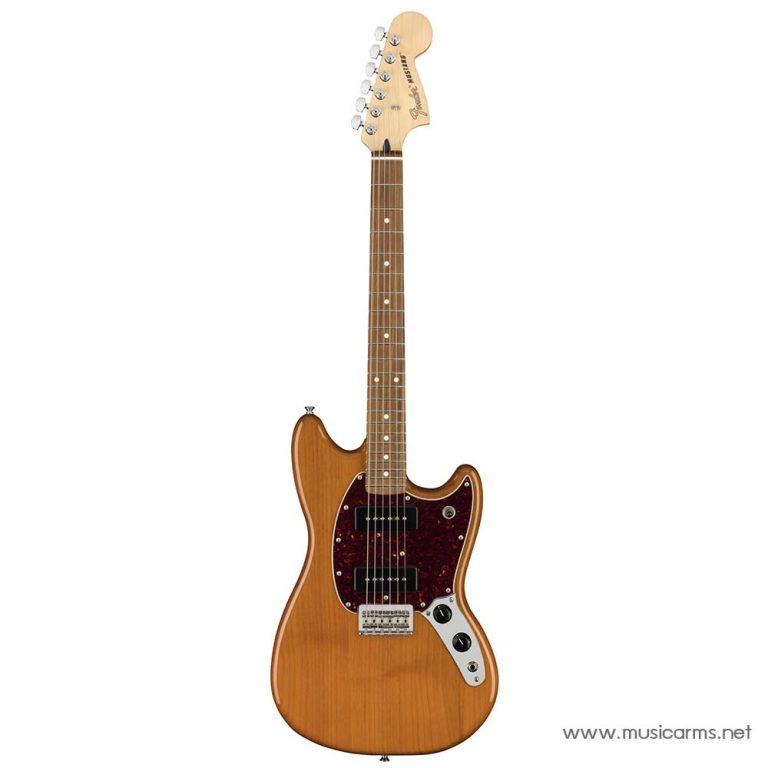 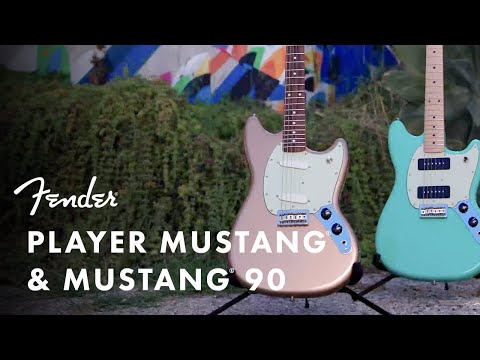 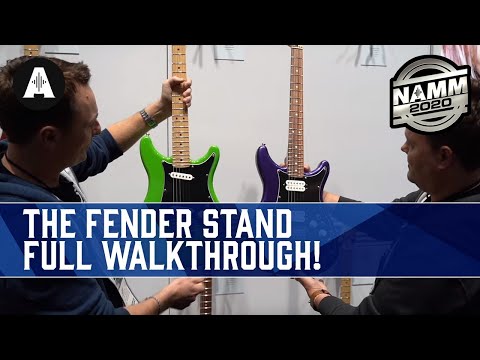 While it may not be as iconic as some of Fender’s other famous designs, the Mustang has become a model beloved by many for its short scale length, unique body shape, and tone. Originally introduced as a student guitar in 1964 and has experienced a renaissance since the 90s thanks to its popularity with grunge, indie, and alternative guitarists. This Mustang is part of Fender’s affordable Player series, staying true to its legacy as a great quality, yet accessible guitar. This version swaps out the traditional Mustang single-coils in favour of P90s for a thicker and grittier tone.

The main feature that separates the Mustang from other Fender models is the 24″ scale length (distance between the bridge and nut).  A shorter scale length means lower string tension making it easier to fret and bend the strings and also provides and warmer tone. This is great for beginners or experienced guitarists who want something different in their arsenal. Short scale guitars also pair with heavier gauge strings if you want a thicker tone without super-tight strings that could strain your fingers.

Instead of the traditional Mustang single-coil pickups, this guitar features two P90 pickups. P90s are still single-coils but are known for having a thicker, more powerful tone. This makes them great for warm, smooth blues and jazz but their higher output makes them really excel at dirtier, more overdriven styles like rock and punk. Traditional Mustangs were already popular with grunge and alternative musicians but the addition of P90s makes them even better for gritty, driven tones. 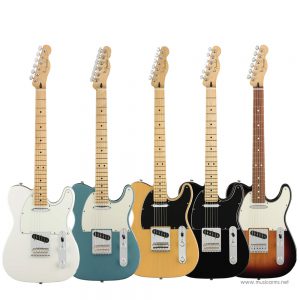 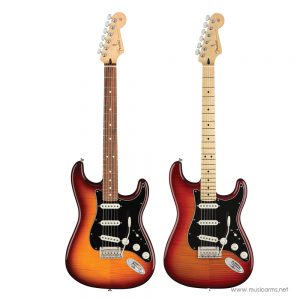 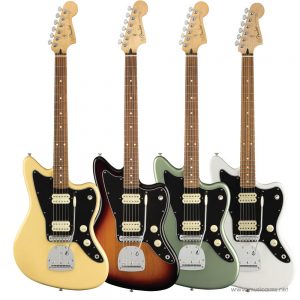 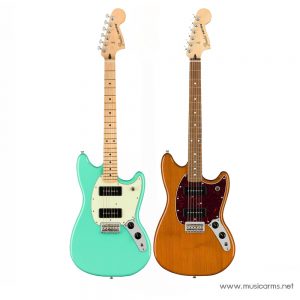 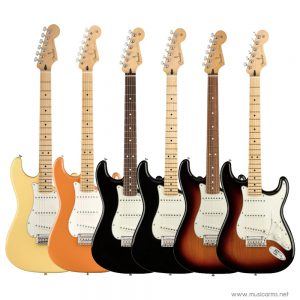