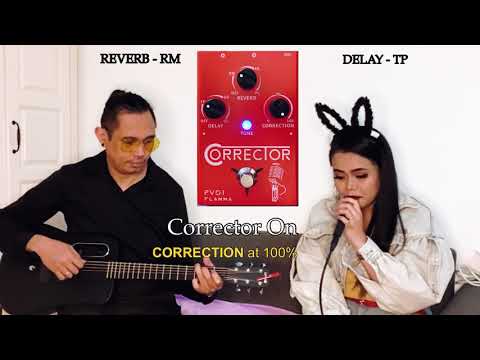 Flamma Innovation comes out of the gate hot this fall with several brand-new products, the first of which is the FV01 Corrector, a compact Vocal Pitch Correction pedal aimed at guitarists and vocalists.

As the name suggests, the Corrector is primarily a pitch-correction pedal that offers everything from pitch correction to full-blown effects overload when your input is microphone. Starting with the vocal effects, the FV01 features three separate vocal effects as indicated by the TONE LED displayed prominently in the center of the pedal. Singers can switch between WARM, BRIGHT, and NORMAL modes, with each mode indicating the type of EQ manipulation provided by the pedal.

In combination with the three different TONE modes, the FV01 provides a separate knob for each primary effect such as REVERB, DELAY, and CORRECTION. Delay and reverb effects have three settings each and the level of pitch correction can be adjusted from 0 – 100, allowing for minor pitch correction or a heavy vocal effect when turned all the way up. For input/output flexibility, the Corrector allows your guitar and mic signals to be separated, with each going out of different outputs, or mixed to have both signals sent through each output. 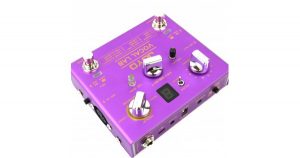 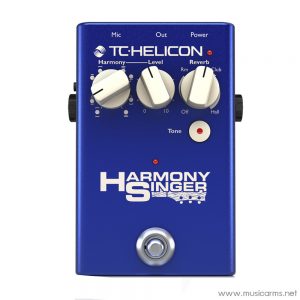 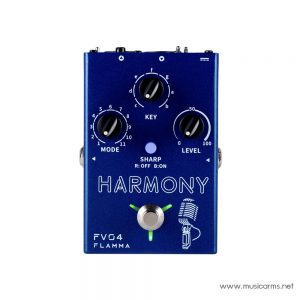