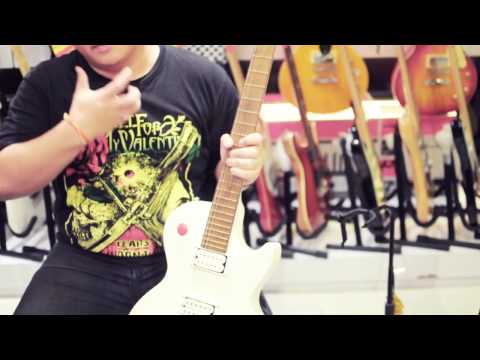 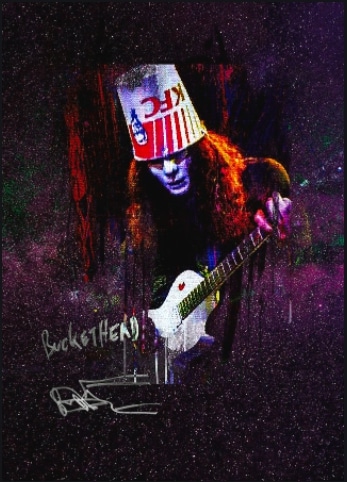 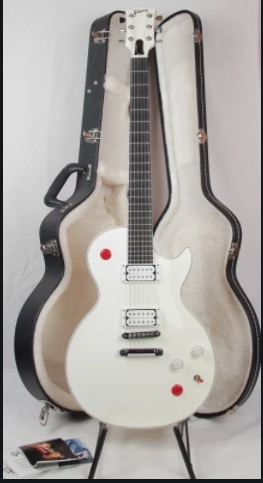 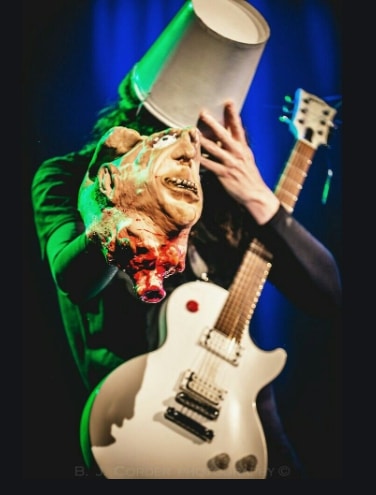 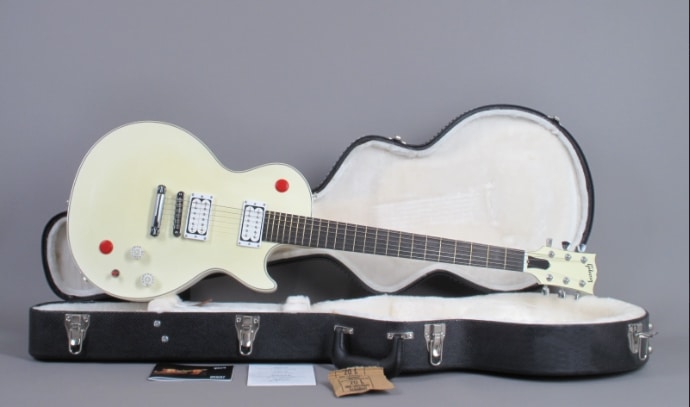 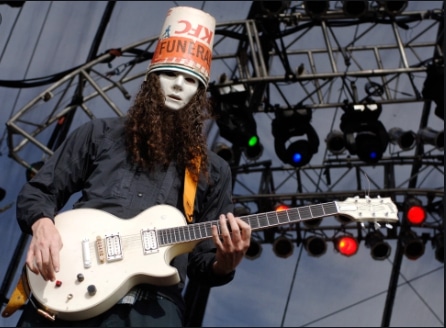 A Les Paul like none other, the Buckethead Studio is the ultimate shredder.

With an oversized, chambered Les Paul body, a marker-less ebony fingerboard, and Buckethead’s choice of Gibson’s contemporary ceramic humbucking pickups”complete with modified electronics and “arcade” style kill switches”this is a Les Paul guitar like no other. It’s primed to get you noticed, and designed for utmost performance for the contemporary rock, metal, and shred performer.

The Buckethead Les Paul Studio is crafted from a 2-piece maple top set into a chambered mahogany body. This wood combination, one of the most acclaimed pairings in the history of the solid and semi-solid electric guitar, yields a “best of both worlds” tonal splendor. With the great clarity, definition and treble bite from the maple, and excellent depth and richness from the mahogany, elements found in the classic Les Paul tone. The chambering adds a further dimension, increasing the complexity of this guitar’s tone, while also increasing its acoustic volume and sustain.

Reflecting Buckethead’s continued departure from the norm, the Buckethead Les Paul Studio looks outwardly much like a slightly modified white Les Paul Studio, but had been made with an oversized, chambered body. The chambered mahogany back serves to minimize weight, while also adding tonal nuances to the guitar’s overall sound.

The Gibson Buckethead Signature Les Paul is finished in high-gloss Satin White which is complemented with a stunning black and white 5-ply binding. These give this unique electric guitar a sleek, contemporary appearance and a smooth, fast playing feel. 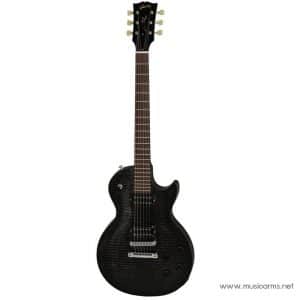 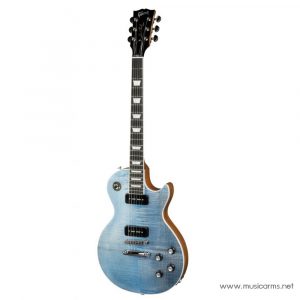 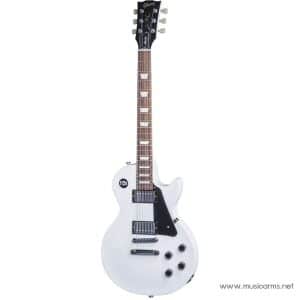 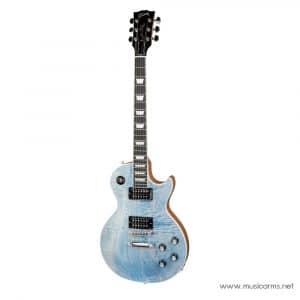 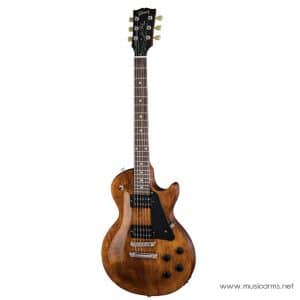