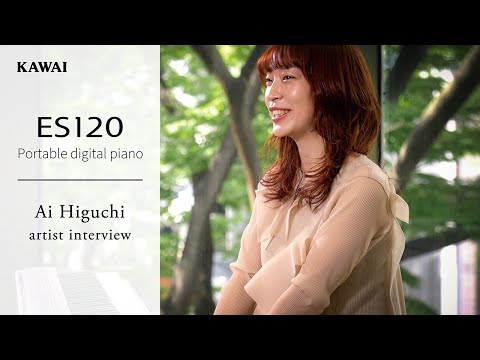 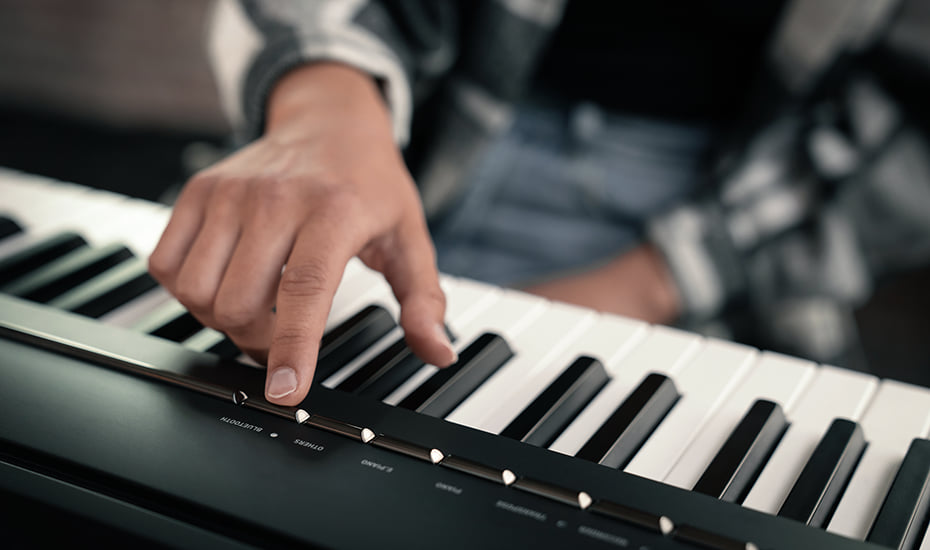 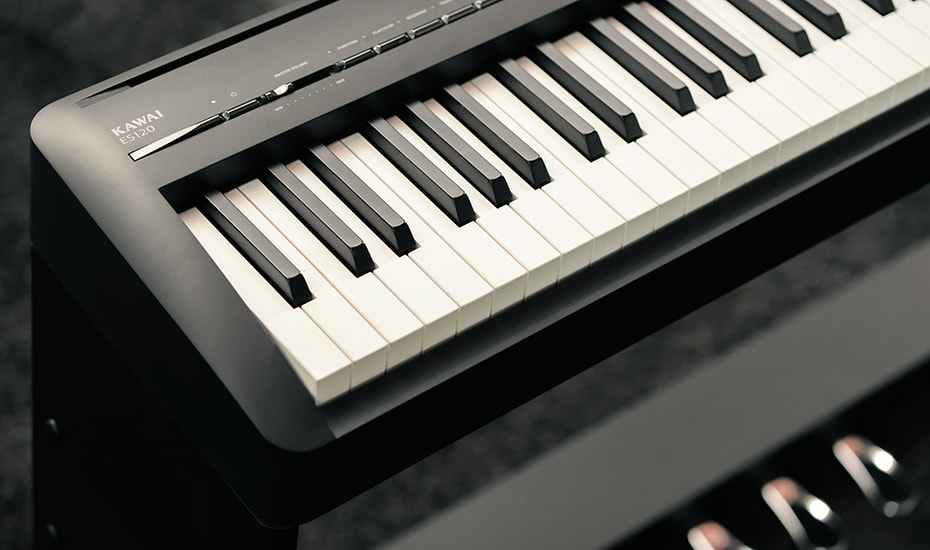 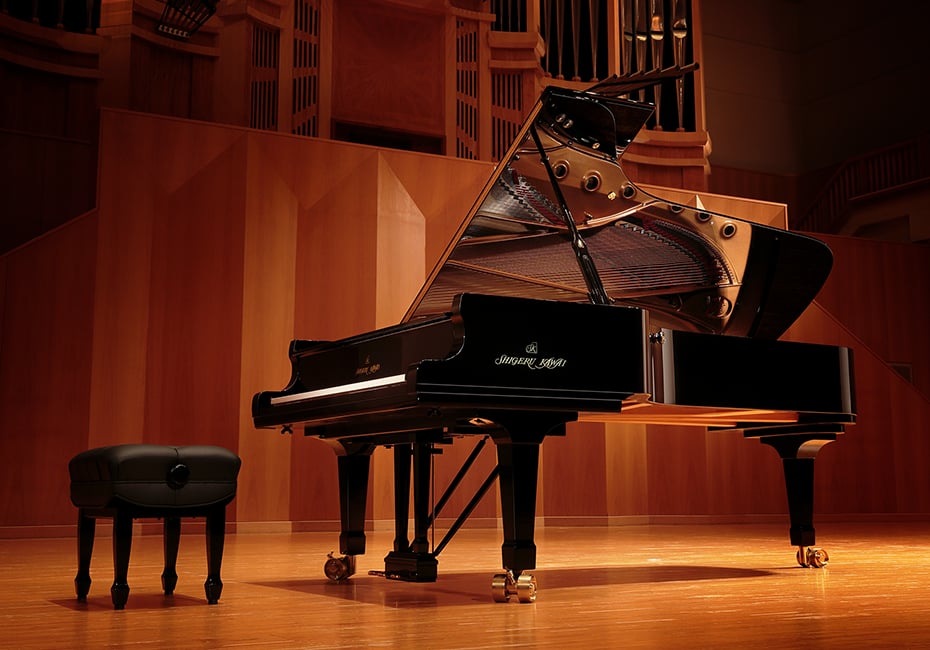 Kawai has gone back to the drawing board with this piano, they have redesigned the control panel on the instrument. The previous button design has been replaced with a stylish polished bar design with rectangular buttons. The volume slider has been indented so it matches your finger shape and the rest of the buttons have been made larger and given a tactile response. A dedicated Bluetooth button simplifies the pairing process with your compatible devices.

The polished bar design continues across the whole length of the keyboard, unifying the buttons with the design of the keyboard and overall increasing the sleek look of the ES120. The curved and rounded edges make the piano more streamlined and more reminiscent of acoustic pianos.

Kawai takes great care and pride in their hammer action across all their pianos. As a result, the action is often one of the main reasons you might get a Kawai. The feel is almost precisely that of an acoustic piano. This is important when you are practising away from an acoustic piano but still need to be prepared for the touch and action of it.

You may have thought it was impossible to improve on the action of an introductory model like the ES110, but with the ES120 Kawai has managed it. They have improved the cushioning material that is in between the hammer and keys. This reduces the noise when releasing keys quickly by approximately 10%. A great improvement for practising.

More sounds than ever before

Previously the higher level pianos from Kawai, the ES520 and ES920 had a sampled Shigeru Kawai EX grand piano available. This is now included in the introductory ES120. You can now access the unique and powerful tone of the SK-EX grand piano. The Kawai K-60 upright piano has been included as well in this piano, which makes three fantastically sampled and high-quality pianos inside one digital piano. All are achieved with the same Harmonic Imaging technology that Kawai uses in all their digital pianos.

All the other sounds you have come to know and love in this piano have also been improved. Again, Kawai has included the sounds from the mid-range ES520 in the ES120, making higher quality sampling more accessible than ever before.

Kawai has improved the Virtual Technician functionality by adding several presets which can alter the character in a single button press. The amount of reverbs has been doubled to six modelled spaces. In addition to the existing room, small hall and concert hall reverbs, the ES120 now includes a lounge, live hall and cathedral reverb.

Kawai have developed a new feature called Low Volume Balance. This intelligently adjusts the piano characteristics to assist low volume playing. As a result a smoother, more expressive playing experience is achieved when playing at softer dynamics. There are five adjustment types and if you are not wanting this feature it can also be disabled.

What’s the use of all these improvements if you can’t hear them? Fortunately, Kawai has also improved the speakers on the ES120, boosting the power from 14W combined between the two to 20W. That’s a 42% increase!

If you prefer to listen through headphones then Kawai has also made improvements there, with Spatial Headphone Sound Kawai can now more accurately simulate the sound of a real piano through your headphones. You can now enjoy a more open and natural sound that is less fatiguing on the ears. You can make sure you get the ultimate experience by setting the ES120 to optimise the sounds for various headphone types.

With Bluetooth audio, you can now play audio from your phone or tablet through your piano speakers. You can practice piano against any backing track you want. You can also watch piano lesson videos through Bluetooth too. All this without any need for cables or adaptors.

Kawai have also simplified the MIDI hardware connections. The ES110 had two MIDI DIN ports for in and out signals, now the ES120 has a single USB type B connector. This makes connecting your keyboard to a computer for MIDI functionality very simple and removes the need for a separate MIDI interface.

Many types of pedals are also supported. The F-1SP switch pedal is included with your piano when you purchase it. There are also other pedals such as the separate 1-10H or GFP3, the F-351 is the integrated pedal board that fits with the HML-2 stand. 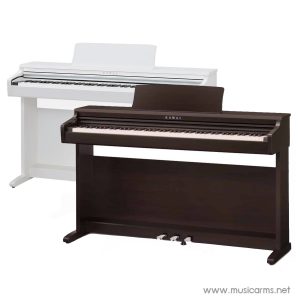 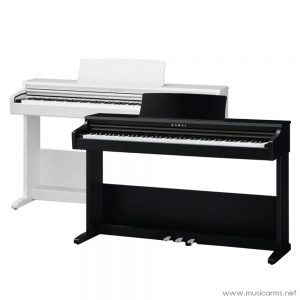 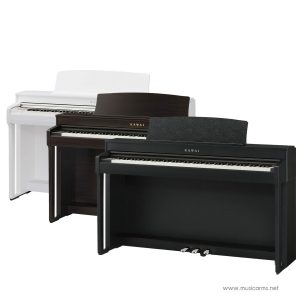 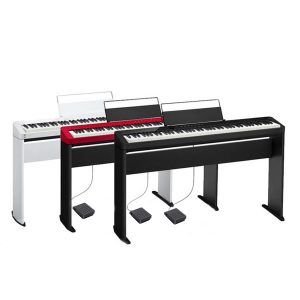