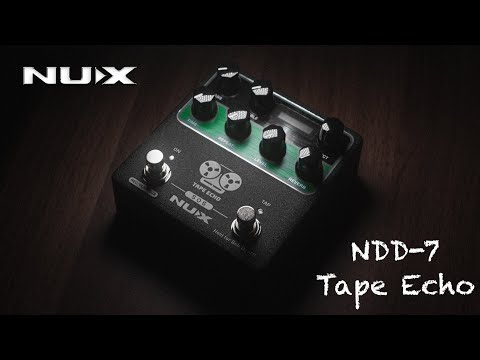 NUX TAPE ECHO is a tribute to the Japanese-made Space Echo from 1974. Analogue tape echo devices record incoming audio to a loop of magnetic tape, then replays the continuous loop over the playback head before it is erased again by new incoming audio. The Space Echo units used the standard 1/4″ tape designed to spool onto tape-reels, however, this device used no reels of any kind; the tape is transported via a capstan drive. The tape loop is contained in a loose, constantly moving jumble in the tape chamber (also known as the tape tank) under a plastic panel which protects the tape and keeps it from getting tangled. The design resulted in lower levels of noise, wow, and flutter, and cut down on tape wear. NUX TAPE ECHO uses Core-Image technology to capture these characteristics including BASS, TREBLE, REPEAT RATE (TIME), INTENSITY (REPEAT), ECHO VOLUME (LEVEL), REVERB VOLUME (REVERB), and physical features like WOW, FLUTTER, SATURATION. Even self-regenerate, self-oscillation using a dual foot switch stomp-box enclosure ! 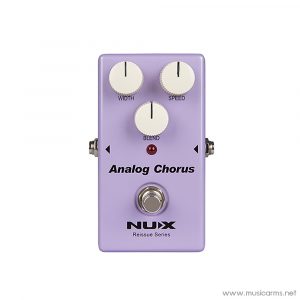 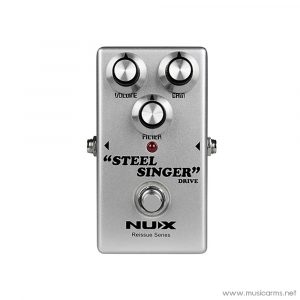 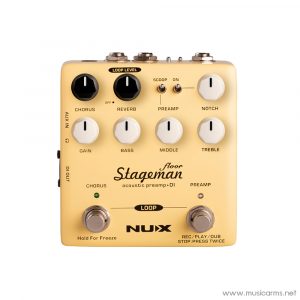 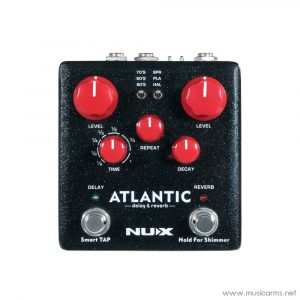 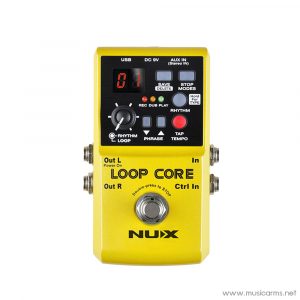