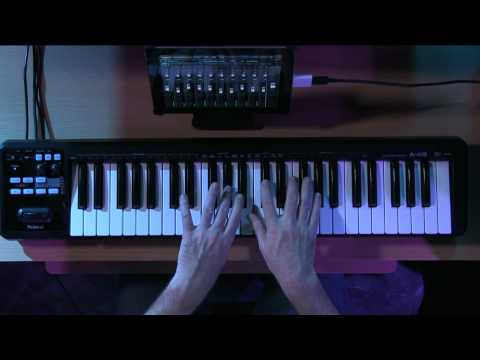 The Roland Integra-7 Sound Module pulls together all of Roland’s legendary SuperNATURAL sample synth sounds from both V-Drum and V-Piano ranges as well as a huge catalogue of legacy sounds in a 2U rack module with impressive I/O routing. This module is a no corners cut solution for working professionals that need the very best sounds as quickly as possible and at their fingertips in an instant. Song-writers, producers, arrangers etc will soon wonder how they got anything done without the Integra-7 providing super realistic SuperNATURAL sounds.

Roland’s SuperNATURAL engine was designed with one thing in mind: to blur the line between virtual and reality, no other sample synthesis engine on the planet offers better hyper-realistic dynamic qualities with infinitesimal sample variations possible to the point your listeners will have no idea they aren’t hearing an actual drum kit, horn or piano (etc etc)!

Here’s what Roland say about the Integra-7 SuperNATURAL Sound Module:

With the development of SuperNATURAL sound and Behaviour Modelling technology, Roland has blurred the boundary between acoustic and electronic instruments. Built upon these core technologies, the new INTEGRA-7 sound module gives musicians a gold mine of the latest SuperNATURAL sounds in a fast-access, fully-stocked 16-part module. The powerhouse rack comprises a “greatest hits” collection of sounds from Roland’s flagship keyboards and V-Drums modules, plus all 12 boards in the acclaimed SRX library. Then there’s a new technology called Motional Surround, a 17-part ambience engine that lets you graphically control the distance and position of each part within a 360-degree sound field. With the immense power of the INTEGRA-7, you can create amazingly realistic and detailed orchestral arrangements, as well as immersive, spatial sounds, and beyond.

The core of the INTEGRA-7 is its SuperNATURAL sounds with Behaviour Modelling technology. SuperNATURAL not only mirrors the sounds of acoustic instruments, it also simulates the behaviour of instruments when they’re played. With SuperNATURAL, sounds come to life under your fingers.

Whether used in acoustic or electronic domains, the INTEGRA-7 puts a world of expressive sound in your hands. Go deep inside the programming engine and customise your own sounds, or let the INTEGRA-7 do it all for you. With so many great sounds onboard, and with the INTEGRA-7’s organic response to how you play your keyboard/controller, you’ll experience a new level of realism and effortless expression.

Here are a few examples of the SuperNATURAL acoustic sounds onboard the INTEGRA-7, and their realistic behavioural actions:

The INTEGRA-7’s SuperNATURAL powers also reach beyond acoustic instruments. It’s loaded with SuperNATURAL synth tones that meticulously recreate the fat sound of beloved vintage synthesizers, their expressive filters, and unique envelope behaviours. Hundreds of PCM waveforms are onboard as well, providing a treasure trove of classic digital-synth sounds prevalent in the ’80s and ’90s.

In addition to the expressive acoustic tones and full-blown synth engine under the hood of the INTEGRA-7, you’ll find a SuperNATURAL drum engine derived from Roland V-Drums. Thanks to Behavior Modeling Technology, the INTEGRA-7 can groove like a real drummer. Drum kits respond smoothly and naturally to velocity, with seamless tonal transitions from soft to loud. Play fast drum fills that don’t sound like fake machine-gun fire, and create fluid snare, tom, and cymbal rolls with real-time control of their speed and volume via mod lever. The drum engine even has its own ambience effect, plus six COMP+EQ sets, which you can apply to the drum instruments individually.

The newly created SFX kits offer a variety of stunningly realistic sounds, such as car crash, door slam, footsteps, birds, river, and more. Great for film scoring, some of the effects offer real-time control. For example, using the mod lever, you can realistically control the sound of a virtual audience (the amount of clapping and cheering) or the sound of an ocean tide, rain, and wind.

Roland has a long, celebrated history of creating top-selling synthesizers, and many musicians still rely heavily on their legacy gear. With the INTEGRA-7, a “greatest hits” collection of previous Roland synths is built in. All of the sounds from the XV-5080 are on board, plus all 12 titles from the SRX Expansion libraries, including SRX-05 Supreme Dance with essential electro sounds from vintage TR-808 and -909 drum machines, SRX-06 Complete Orchestra with a huge collection of orchestral instruments and dramatic sound-effects, and SRX-09 World Collection that’s like an audio encyclopaedia of ethnic instruments including rare, hard to find samples. The INTEGRA-7 is equipped with four virtual expansion slots, which can be used to load four SRX libraries simultaneously. With all of these classic sounds instantly available, plus a new stockpile of enhanced SuperNATURAL sounds, the INTEGRA-7 brings the past, present, and future together in one convenient instrument!

Notes: Since the INTEGRA-7 uses the latest MFX engine, the onboard SRX expansion libraries will not sound identical to previous sound modules and synthesizers. The INTEGRA-7 cannot load data from the XV-5080.

The INTEGRA-7 introduces a new era of spatial sound design. Motional Surround – derived from Roland’s proprietary RSS (Roland Sound Space) technology – lets you control not only the left/right panning of sounds, but also their depth, even placing them behind you! A solo instrument can be placed nearby, for example, while the backing or percussion instruments can be placed at a distance, thus creating a sound field with natural width and depth. Motional Surround is particularly stunning when applied to orchestral simulations.

This exciting new sound processing can also be applied to external audio; connect an audio player or instrument to the INTEGRA-7’s inputs and immerse it in Motional Surround. Adjust the parameters in real time via MIDI, as well as with the VSTi plug-in editor for DAWs such as SONAR. You can even record Motional Surround movements in SONAR for automated playback. Motional Surround supports two-channel output, so you can experience the effect with just two speakers or headphones! 5.1-channel output is also supported for maximum impact with five speakers and a subwoofer.

The hardware design of the INTEGRA-7 is stylish and sturdy. Housed in a rugged metal chassis, it’s beautifully designed and built to withstand decades of use, whether in a studio or a touring road rack. The INTEGRA-7’s internal components are premium grade, including high-quality, low-noise D/A converters. It’s also equipped with dedicated effects engines, so you don’t have to worry about CPU load; each of the 16 parts can have their own MFX and EQ, rather than sharing the same effects for all parts.

Across the INTEGRA-7’s front panel are dedicated buttons for accessing sounds and effects quickly, plus a large value dial surrounded by navigation keys. The LCD is easy to see, and you can adjust its contrast and brightness to suit the viewing angle and lighting conditions. On the rear panel is an array of versatile connectors, including stereo XLR outputs, eight individual 1/4-inch phone outs, a digital (coaxial) output, MIDI in/out/thru, and a USB port that supports audio streaming at rates up to 24-bit/96 kHz. For convenience and flexibility, input jacks are provided on both the rear and front panels.

The INTEGRA-7 is packed with innovative and powerful features, including a Tone Finder wizard that organizes the 5,000-plus onboard sounds into logical categories for quick location. Simply press the dedicated Tone Finder button and choose your category; once you find a sound, press the volume knob/button to preview it. The preview plays a suitable phrase for each sound, so you know what kind of articulation behavior it’s able to produce.

Perfect partners for the INTEGRA-7 are Roland’s new A-88 and A-49 MIDI controller keyboards. The SuperNATURAL button on the A-88/-49 automatically assigns the INTEGRA-7’s most appropriate parameters to the mod lever, knobs, and D-BEAM for controlling the selected SuperNATURAL sound. 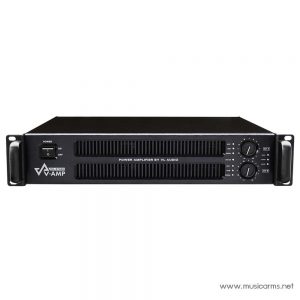 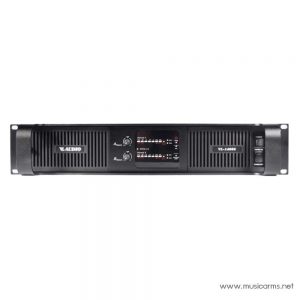 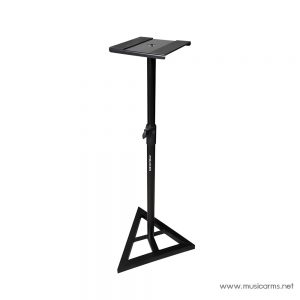 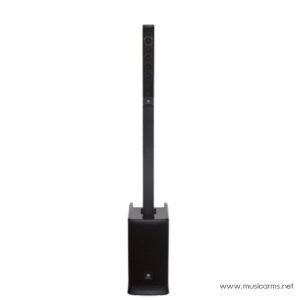 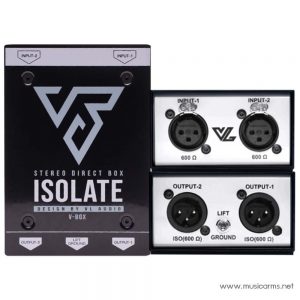