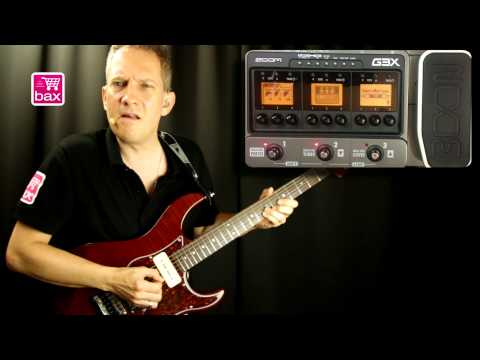 Over a hundred different ways to craft your sound

The G3X provides a whopping 116 different onboard DSP effects and amp/cabinet models.

The 22 amp models provided by the G3X include emulations of both vintage and modern tube and solid-state amplifiers from manufacturers like Fender, Marshall, Vox, Matchless, Mega Boogie, Sound City, Hiwatt, Orange, Two Rock, Diezel, and ENGL, each with its own distinct cabinet modeling that can be used to further alter the tonal quality. What’s more, you can pair any amp model to any cabinet model for unusual, and often striking effects. You can even match the output of a given amp/cabinet model to the actual setup you’re playing through (options include Line, Combo Front, Stack Front, Combo Power Amp, and Stack Power Amp).

Easy to use and packed with power

The intuitive design of the G3X allows easy navigation in both live and studio settings and makes creating, saving, and rearranging effects a breeze. Three LCD screens, each with corresponding foot switches and parameter knobs, form a large graphical interface that allows you to view and edit multiple effects at a glance.

Up to 6 effects can be used simultaneously, arranged in any order you like, and signal flow can be reversed at the touch of a button. 100 patch memories are provided for the storage of custom edited and chained multi-effects, all pre-loaded with useful factory settings. Changing patches is near-instantaneous and requires just a tap of a foot switch.

A standard ¼” input jack and passive/active switch allow you to plug any electric guitar into the G3X. Outputs are provided on dual ¼” (one stereo, one mono) and balanced XLR output jacks, enabling the unit to be connected to headphones, amplifiers or line-level devices (pre- or post-effect) such as external effects devices, recorders, and mixing boards.

Only 4 AA batteries—either alkaline or rechargeable NiMH—are required for power, or you can use the supplied AC adapter. Battery life is up to 6 hours when using alkaline batteries, and an “Eco” setting automatically powers the unit off if unused for extended periods.

The G3X offers a slew of advanced features, including a built-in chromatic tuner that supports a variety of standard guitar tunings—even drop tunings. A Tap Tempo function allows you to set delay times and modulation effect frequencies in real time to the rhythm of the song you’re playing. There are 41 realistic-sounding rhythm patterns too—PCM samples of drums being played in a variety of different genres and time signatures.

It’s easy to create full orchestrations with your G3X. An onboard Looper enables you to layer up to 40 seconds of performance (through the effect or effects of your choice) in high quality 16-bit 44.1kHz audio. The Looper can also be used in conjunction with rhythm accompaniments, allowing you to play along with the pattern of your choice.

Using your G3X with a computer

The G3X has a USB port for connection to any Macintosh or Windows computer, allowing it to act as a 2-input / 2-output audio interface. Simply launch your DAW or the included Steinberg Cubase LE software and start laying down tracks. Direct monitoring during recording ensures zero latency, allowing you to overdub with ease.

The G3X expression pedal can be used for input or output volume or to affect parameters such as delay time, modulation speed, or pitch bend. Pedal range can be independently adjusted for every patch, and you can even set the minimum value higher than the maximum value for reverse pedaling effects.  A simple calibration procedure enables you to customize pedal sensitivity, allowing the G3X to adapt to your particular pedaling style. 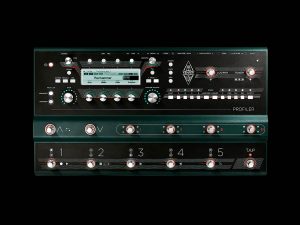 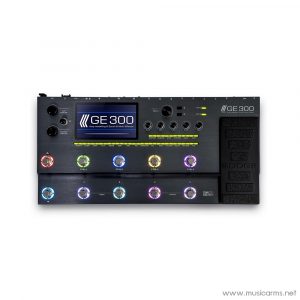 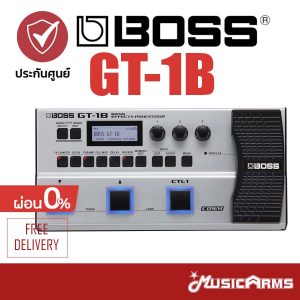 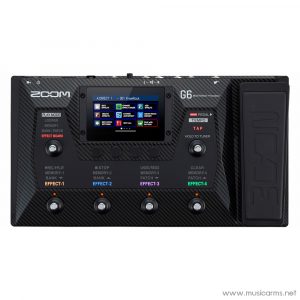 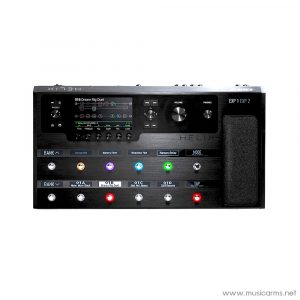