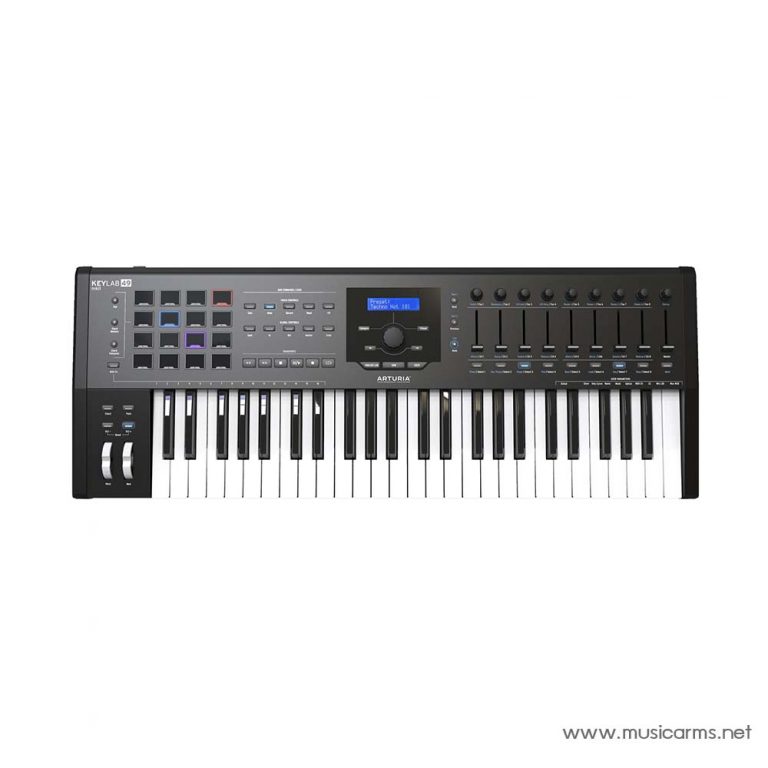 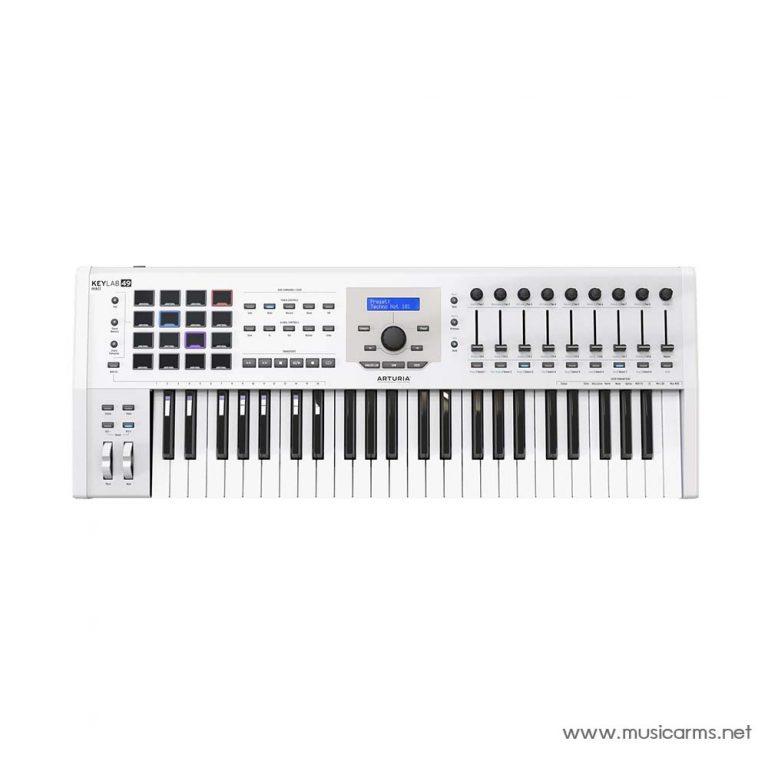 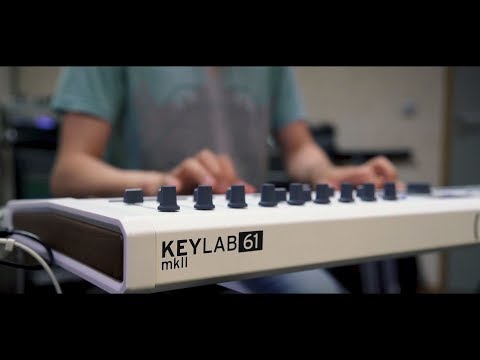 The Arturia KeyLab series made a name for itself as a budget-friendly solution for fluid recording and performance integration. Combining cutting-edge DAW compatibility with standalone synth functionality, it rewrote the rulebook for what a keyboard controller could do. It has been given a spectacular overhaul, with brand new sounds, a more advanced interface, top-class build quality and sleek aesthetics – say hello to the KeyLab MkII!

The KeyLab MkII is Arturia’s flagship MIDI controller – the transition from the original version to the MkII represents a huge leap in functionality. It boasts many of the features that put the original on the map, including USB and MIDI connectivity, 49 highly responsive keys, an aluminium chassis, and fluid DAW integration. But a number of crucial tweaks ensure that the MkII is on another level.

First up, the interface has drastically changed. While remaining intuitive, Arturia have armed the MkII with double the number of performance pads (now 16), which allows you to weave more intricate beats and make greater use of samples in your tracks. The transport controls have been updated to allow greater control over your DAW of choice, including solo/mute controls, save, add marker and much more. This makes both recording and performing via your computer an absolute breeze.

They’ve also added smart category controls, allowing you to swiftly switch between assignable patches, as well as using the upper part of the keyboard to tweak parameters such as velocity curve, mode and more. Finally, to reflect the surge in popularity of modular and analog synths, the KeyLab MkII has been loaded with full modular connectivity with 5 CV connections. This really is an all-encompassing keyboard experience at a fraction of the cost you might expect – we’re pretty amazed so far!

For Arturia, it’s always been important to retain the human element in their gear. While it’s common to include as many features as possible and offer full technical control over every aspect of your keyboard or controller, they want it to be fun and easy to use too.

The 49 keys use the same keybed design as the hugely popular MatrixBrute synth, ensuring a luxurious response. And with Arturia’s Aftertouch feature, the KeyLab will respond to every nuance and subtlety of your performance – you simply won’t be able to stop playing. As well as this, the interface has advanced significantly, but not at the expense of user-friendliness. The pads, faders and buttons are all assignable to near infinite depths, meaning you can tailor the KeyLab to your precise needs! 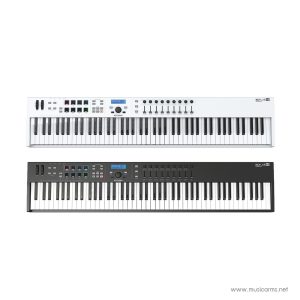 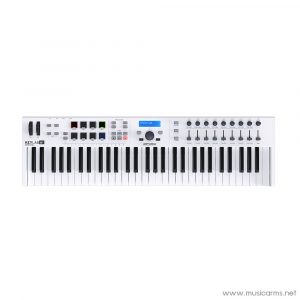 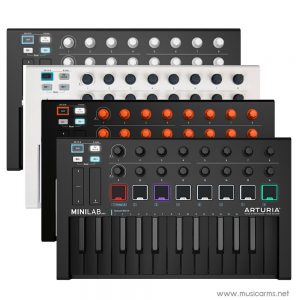 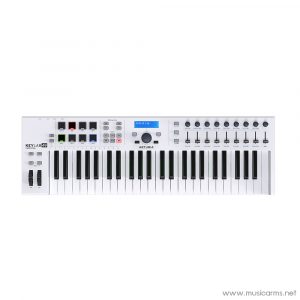 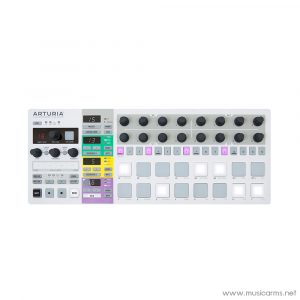 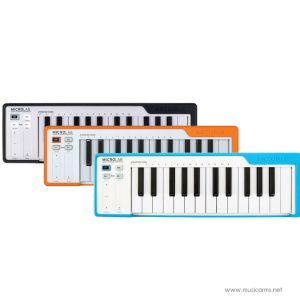