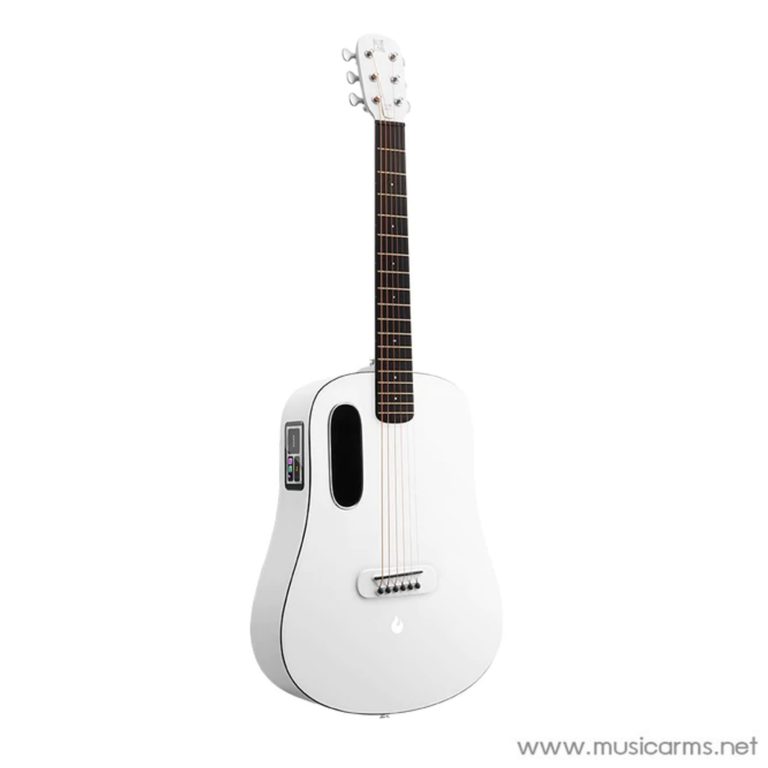 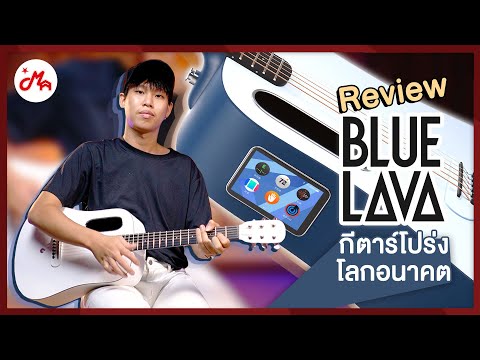 Lava Music has announced their new Blue Lava, and this more wallet friendly version of their carbon fibre ME3 model offers players similar smart guitar features. With a built-in touch screen and onboard effects, could this new cheaper model open the market for the brand?

The Blue Lava is an acoustic electric guitar with a built-in three-and-a-half-inch touchscreen display on its upper bout. The guitar has onboard tuner, effects and a looper and these work on Lava Music’s proprietary HILAVA operating system. Players can use the onboard system to record their guitar, practice and share music with friends. The latter is done using social media style app. This new LAVA+ mobile app enables users to share loop recordings, practice achievements and more. The  main operating system, which means the guitars are now potentially smarter.

Effects can be customised onboard, and the Looper app supports overdubbing on up to three tracks simultaneously. Some of the demos of the previous ME 3, showed off some neat features. I can only imagine the system will get better and better over time.

This new Blue Lava model is cheaper than the ME 3 edition, and will retail for $649. They are also available in Sail White, Midnight Black, Ice Blue/Ocean Blue, Aqua Green/Mint Green and Coral Pink/Lavender.

The Blue Lava guitars are constructed with a 36-inch HPL (high-pressure laminate) body. Lava Music claims these can withstand temperatures from -4ºF to 122ºF, plus humidity from 10 percent to 90 percent. By not using carbon fibre, this new model can be sold for a lot less. Which is a smart move. The guitar also features the company’s 4-MASS technology, which it claims “enhances vibrations on its top, back and sides for better intonation”. 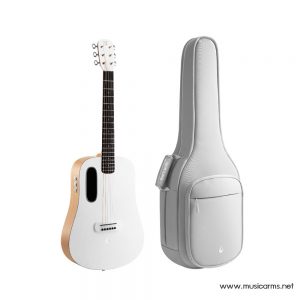 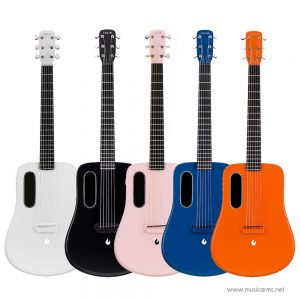 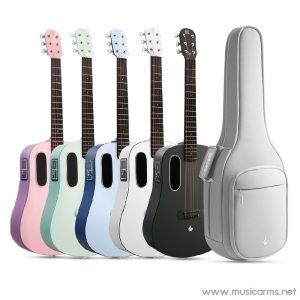 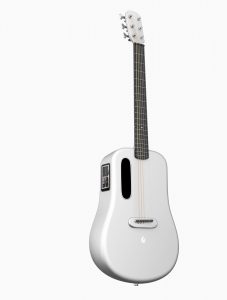