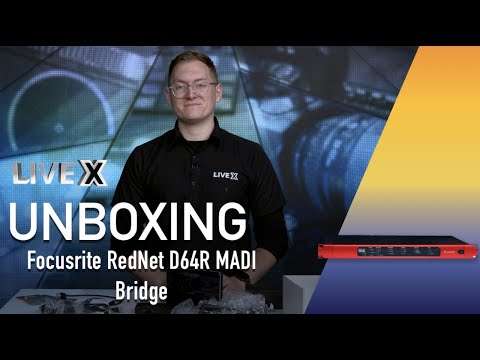 64 Channels of MADI I/O with Redundancy

The Focusrite RedNet D64R brings together your RedNet-based audio system and any MADI/AES10 system. It serves the same function as the Focusrite RedNet 6, with the addition of redundant power supplies and redundant networking for maximum reliability in a live sound or broadcast environment. With support for up to 64 channels of coaxial and optical MADI I/O, RedNet 6 also features an asynchronous sample rate converter (ASRC) on every input and output. So you can interface between MADI and RedNet without worrying about whether every audio channel is at the correct sample rate. Connect your RedNet system to MADI-based digital consoles, computer cards, converters, and much more with the Focusrite RedNet D64R.

Expand your RedNet network with MADI

One of the things we love about the RedNet system at Sweetwater is the ability to network many different audio interfaces in different locations via a simple Ethernet cable. The RedNet D64R makes it simple to expand your RedNet system further, with up to 64 channels of digital I/O via MADI-equipped mixing consoles and audio interfaces. For example, a school could connect the MADI output of a digital console running sound in the theatre to the RedNet D64R, and all audio could be accessed for recording in the school’s recording studios via the RedNet network.

When you’re dealing with dozens of channels of networked audio and the ability to easily interface with MADI systems, you don’t want to worry about sample rate mismatches. Thankfully, the RedNet D64R has asynchronous sample rate converters on each input and output. So even if your RedNet system is operating at 96kHz, and you’re connecting to a MADI system at 48kHz, you can expect seamless operation without having to adjust sample rates.

Because you’ll be using the RedNet D64R as a component of a large-scale system, Focusrite makes it easy for you to control and re-route signals via a simple software control panel. No matter where you are in your facility, if you have access to the RedNet network from your computer you’ll have complete control over every RedNet device connected to that network. 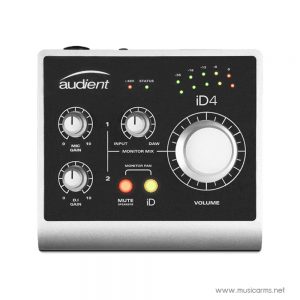 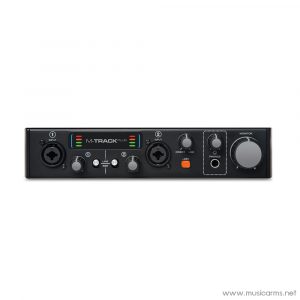 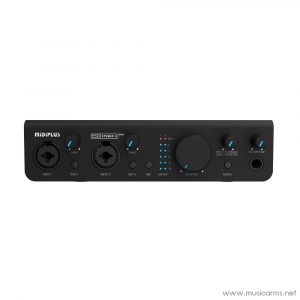 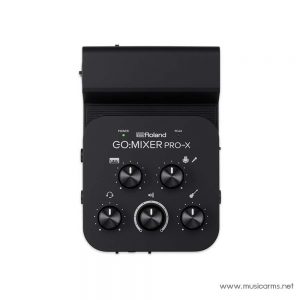